Plan 4 Magazine is out on Urban Transformation in Wuhan, China 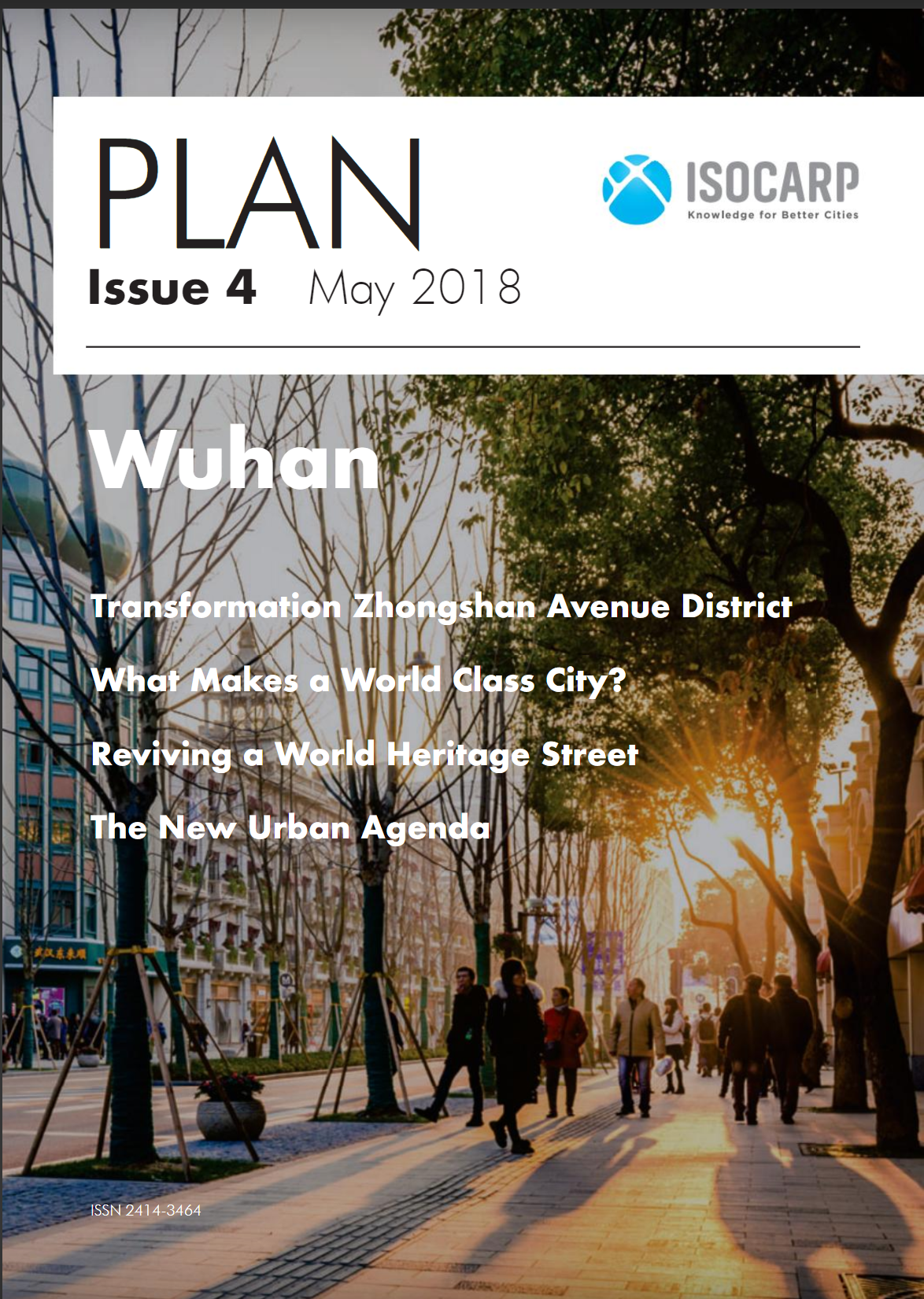 12 Jun Plan 4 Magazine is out on Urban Transformation in Wuhan, China

Posted at 09:58h in Publications by Frank 0 Comments
0 Likes

ISOCARP is proud to present PLAN 4 Magazine about “Transformation Zhongshan Avenue District” in Wuhan, China. The PLAN 4 Magazine contains articles that reflect the observations, insights and findings of the ISOCARP Urban Planning Advisory Team (UPAT) that visited Wuhan in March 2017.

“The greatest takeaway from the Wuhan UPAT is that the Zhongshan Avenue Project represents a great achievement and (inter)national benchmark towards building a more compact city that is socially inclusive, better integrated, climate resilient and that fosters cultural heritage as foundation for people-centric future shaping of urban places to be and to go. Recommendations were formulated to further improve and link the Zhongshan Avenue remake with the adjacent neighbourhoods and city-networks, culminating in some free-of-thought ideas for a future Wuhan urban agenda and governance, learning from the valuable lessons generated by the Zhongshan Avenue pilot project, as a potential benchmark for other cities in and beyond China”.

The magazine can be downloaded here.