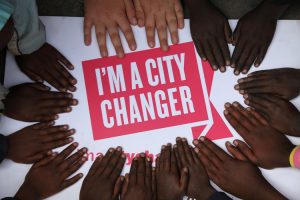 Hybrid actors of change are typically territorial ,players that do not fit well in one of the distinguished sectors or players combining more than one hat. 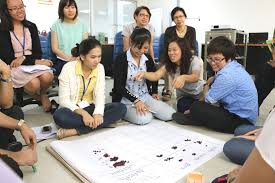 Too often, planning practices and public participation in particular are impeded by silo- and entrenched attitudes and behaviour of key planning actors and stakeholders, while residents of a certain neighbourhood might resort to NIMBY positions to hold up legitimate planning interventions. A good way to overcome or at least reduce these contra-productive reactions is to stimulate a better mutual understanding of widely varying and often contradicting stakeholder and community interests, throughout the entire planning cycle and its four distinctive phases. When – as a matter of speaking – Ministers, Mayors and other decision makers have a better understanding of the socio-spatial specific needs and aspirations of children, youth, women, parents, commuters, disabled, slum-dwellers, migrants and refugees, indigenous people, street vendors, entrepreneurs, urban service providers, artisans and artists, sporting people and the elderly; planning processes and decisions are likely to be more inclusive and responsive to those varying needs and aspirations – the essence of a people-centred planning paradigm as promoted by the SDGs and NUA. Conversely it is equally important that all the groups of society including the decision makers develop mutual understanding to foster shared visions and plans for more sustainable urban and territorial development. The SDGs and related NUA can help in overcoming conflicting aspirations. The Guidelines and this Handbook can help to enable and foster this multi-interest people-centred approach.
There are many tools and techniques to support this complex process, including e.g. role plays in which Ministers and Mayors think as Mothers and Migrants, and vice versa. The example hereafter entails the transportation department asking neighborhood inhabitants to come together and develop a proposal for improvement of the bus route serving their area. The route may be expanded or changed and bus stops newly located. A detailed set of roles was developed, encompassing different population groups and needs. Subjects could choose a role that they felt comfortable with. The successive phases began with introducing the system and letting participants experiment with using it, getting acquainted with the map, filling out a survey about one’s role and introducing it to each other. Then participants could freely discuss current problems (which resulted in initial ideas on improvement). Then people demonstrated how far they would be willing to walk under different weather conditions. The last phase had the group decide about the route and bus stops. The system supports discussion by showing the map, highlighting ‘walking distances circles’ and highlighting circle intersection, creating objects, simulating busses and computing bus route time.