Partners include people and institutions endorsing TCi and happy to partner in joint projects when the occasion arise. 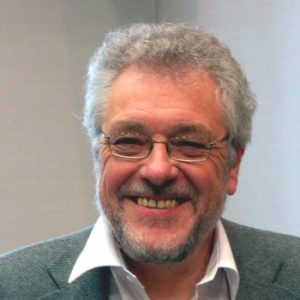 “I welcome the formation to TCi. It adds to the capacity to undertake internationally informed reseach and practice on territorial development and cohesion.”

Cliff Hague is a freelance consultant, researcher, author and trainer. He is the Chair of the Cockburn Association. He is Professor Emeritus of Planning and Spatial Development at Heriot-Watt University in Edinburgh. He is a Past President of the Royal Town Planning Institute, and of the Commonwealth Association of Planners. He is a past Chair of Built Environment Forum Scotland. He was awarded the O.B.E. in the 2016 Birthday Honours.

Cliff curates his own website/blog: http://cliffhague.com/ 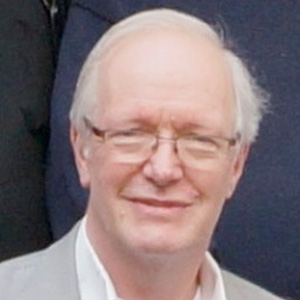 “TCi has the potential to be a valuable platform for the sharing of practical experience of territorial development – both what has worked well and learning from what has not.  It also has a strong potential for sharing experience of tools and how they can be adapted for local relevance.”

Forbes is  an urban and regional planner working in many parts of the world, including Western Europe, Central and Eastern Europe, the Middle East, a number of African Countries and Indonesia, India and Vietnam in Asia. His focus has been on participative and integrated approaches linking strategic urban planning to wider issues of urban and regional management and policy.

Prior to his current position as director of Forbes Davidson Planning he was with the Institute for Housing and Urban Development Studies, Erasmus University, Rotterdam, Netherlands and was responsible for the urban and regional development strategies specialization.

Forbes curates his own website/blog: http://forbesdavidsonplanning.com/ 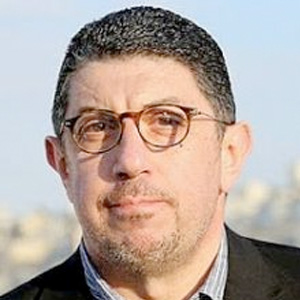 Prof. Alraouf is an architect and urban planner interested in research and practice related to architectural, urban, sustainable design and holistic planning. He was a Visiting Scholar at University of California at Berkeley-USA. Alraouf has held permanent and visiting teaching and research positions at regional and international universities. He published more than 90 journal refereed papers, critical reviews, essays, in addition to books and book chapters. Alraouf’s current research interests are: Knowledge-based Urban Development, Post-Carbon Contemporary Gulf Cities, Museums in the Gulf, Urban vitalization of historical districts, Knowledge  and Creative cities. He serves in editorial boards and acts as a reviewer for international journals and conferences. He delivered lectures and presentations in over 25 countries. He is the recipient of number of awards and was selected as member of 2012 Excel campaign at Qatar University. He is currently acts as Head of capacity building, training, research and development unit at Ministry of Municipality and Environment (MME). He is also the leader of Green Urbanism and Planning Group at Qatar Green Building Council.

Ali curates his own blog on http://analchemyofarchitecture.blogspot.com/

Nezar AlSayyad is Professor of Architecture, Planning, Urban Design and Urban History at the College of Environmental Design, University of California, Berkeley. He is Faculty Director of the Center for Arab Societies and Environments Studies. Educated as an architect, planner, urban designer, and urban historian, Nezar’s main focus has been the cross-cultural and comparative understanding of cities in their historical contexts.  In 2008, the University of California, Berkeley, recognized his achievements with the Distinguished Teaching Award, the highest honor awarded a faculty member by the university. He also engages in professional practice through his firm, XXA.  He is the author, co-author, editor, and co-editor of books in many fields, some of which have been translated to Arabic, Turkish, and Spanish.  Among these are Dwellings, Settlements and Tradition (1989), Cities and Caliphs(1991), Forms and Dominance (1992), Consuming Tradition, Manufacturing Heritage (2001), Hybrid Urbanism (2001), Muslim Europe or Euro-Islam (2002), Urban Informality (2003), The End of Tradition (2004), Making Cairo Medieval (2005), Cinematic Urbanism (2006), The Fundamentalist City? (2010), and Cairo: Histories of a City (2011).  Additionally, he has written, co-produced, and co-directed two NEA-funded public television documentaries, Virtual Cairo, and At Home with Mother Earth.  His latest book,  Traditions: The “Real,” the Hyper, and the Virtual in the Built Environment  was published in 2014. 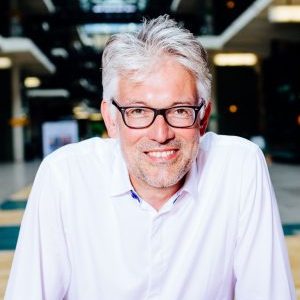 “As a non-profit knowledge platform, TCi can bring praxis-based solutions across borders to those people who really need them.”

Joris Scheers is a spatial planner and sociologist (PhD, MSc). He promoted on the theme of exponentially growing cities in Latin America at KULeuven university (Belgium), where he is currently visiting professor in spatial planning. As the former deputy Government Architect and manager Creative and sustainable cities he is involved in various urban and spatial policy issues with the Flanders Government. He’s chairing the city of Leuven Spatial Planning Board since 2007 and has  performed over the past decades in spatial policy projects in Latin-America, Africa and Asia. He has been nominated a UN-Habitat expert for the elaboration of International Guidelines on Urban and Territorial Planning and is currently secretary-general and past-president of the European Council of Spatial Planners (ECTP-CEU).

“It is my great pleasure to join TCi. I am sure it is an appropriate platform to exchange ideas and enhance my experience and knowledge in various related topics including territorial development and planning”.

Dr. Abdelhamid can be followed on http://blogs.najah.edu/staff/abhamid-1963/profile 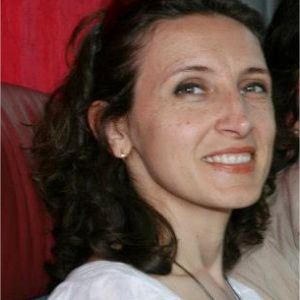 Lumnije holds Master degree in Urban Management and Development by Erasmus University/Institute for Housing and Urban development Studies in Rotterdam and is graduated engineer in architecture from Prishtina University. She’s licensed for drafting Environmental Impact Assessment reports. Lumnije’s working experience of more than 15 years initially in private sector, Ministry of Environment and Spatial Planning, UN-Habitat and lately in civil society and as freelance consultant has ranged from architecture design, place making to the scale of strategic spatial/urban planning, research and policy making. During her work, she provided support to local and central level institutions in strategic municipal planning, legal framework and urban policy, assessment of the quality and implementation of planning instruments including capacity building for that. Lumnije is Trainer of Trainees for drafting Municipal Development Plans. She’s is founder and Executive Director of the Kosovo center for urban research PRO-Planning, a non–governmental and non-profit organization, established in 2015 with the purpose of promoting and advancing the spatial and urban development and housing in Kosovo. She’s Bureau Member of Kosovo National Delegation in ISOCARP-Interna­tional Society of City/Regional Planners.  Author and co-author of numerous publications on Kosovo planning practices published by Ministry of Environment and Spatial planning, ISOCARP, UN-Habitat, USAID, etc. 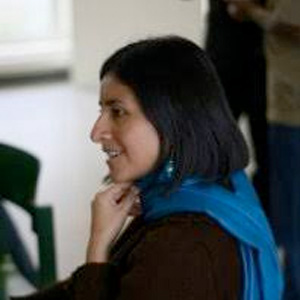 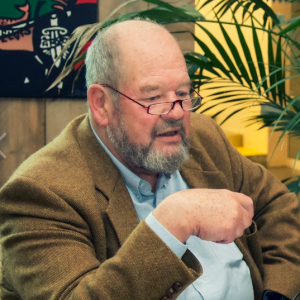 Han Verschure is professor emeritus with special assignments,  at the K.U.Leuven, (Department of Architecture, Urbanism and Spatial Planning. His specialities are training and capacity building, policymaking, research, and development and follow-up of projects in the domains of habitat, sustainable urban and rural settlement development, urban renewal and heritage conservation, spatial and environmental planning, particularly but not exclusively, in developing countries, more specifically in North-, East- and Southern Africa, the Caribbean and Latin-America, South-  and South-East Asia.

Han Verschure was for many years programme director of the international course programme ‘Master in Human Settlements’ (1985-2007), and guest Professor at the Brussels University teaching “Environmental Planning and Policy”.

He has initiated and guided many development cooperation programmes for the Belgian Development Cooperation and for international agencies. He co-directed with UNHABITAT the mid-career professional training programme “Housing in Development”  as well as the major programme ‘Localising Agenda 21:  Strategic Planning for Sustainable Development’ active in Kenya, Morocco, Vietnam, Cuba etc. He participated in all UNHABITAT Conferences since Vancouver 1976, Istanbul 1996, Quito 2016 and in almost all World Urban Fora. He was also expert advising in the preparation for HABITAT III in Quito October 2016. He was co-organiser or advisor in several EU projects among others MED-Campus, MED-Urbs, ASIA-Link, ASIA- Urbs, ALFA (Latin America).

The last few years he was still active as  strategic planning advisor among others in Haiti, Nepal, Kenya, Senegal, Vietnam, Tanzania, etc. Now still guest teaching in Europe as well as in several developing countries (in 2015-16 in Thailand, Laos, Cambodja, Pakistan, Nepal, in Senegal, Tanzania, Ecuador), and he is active as volunteer advisor to several development NGO’s. He is member of Leuven Klimaat Neutraal 2030, expert advisor to the Leuven Urban Planning Commission and member of the KULeuven Sustainability Council. 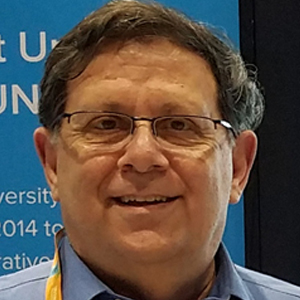 Bruce Stiftel is Professor Emeritus of City and Regional Planning at Georgia Institute of Technology [USA].
His work concerns collaborative governance of environmental policy and international movement of urban planning ideas.  He served UN-Habitat as a member of expert groups on the International Guidelines on Urban and Territorial Planning, and the World Cities Report 2016, and represents the Global Planning Education Association Network (GPEAN) to the UN-Habitat University Network Initiative.